Adrian Kotsu Broten Rao is the first child and the first son of Goku Rao and the older brother of Ria. Adrian also has a large family, thanks in part due to Lloyd "LT" Thompson and Kotsu Reigen, who both serve as uncles for him, even though Kotsu is actually his first cousin once removed. From LT, he has cousins Striker and Braden, and from Kotsu's side, he has Taiza, Jay-B, Yoshi, Randy, Roy, Daryl, and Ricky.

Despite his young age, he - along with many of his cousins and his younger sister - fought in the Alscheim Wars. He was a member of the Z-Crushers Strike Force under Jay-B and was the second-oldest combatant in the strike force.

Adrian has the appearance of a typical "third-class" Saiyan child, with the iconic hairdo present among children of that class. In essence, this explains why he so resembles Ricky Reigen, the youngest of Kotsu's children. Adrian wears a blue gi, red pants, and red shirt underneath, along with blue boots and a red headband.

In the Alscheim Wars, Adrian is seen with a different hairstyle than before and wearing a black and blue gi.

Even though only a child when the Alscheim Wars began, Adrian was determined to help his father and friends. When the kids insisted they wanted to help, Kotsu gave Jay-B permission to start the Z-Crushers Strike Force. Adrian and Yoshi were the first ones to join the strike force. After Yoshi proposed they ride the dragons in, Adrian was assigned his father's dragon - Ginjo - for the mission, as Gijio was too small. 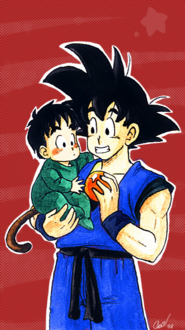 Adrian as a baby, with his father.

Adrian Rao as a kid 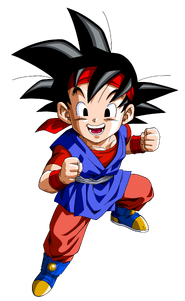 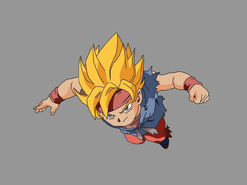 SSJ Adrian
Add a photo to this gallery
Retrieved from "https://zcrushersstrikeforce.fandom.com/wiki/Adrian_Rao?oldid=18145"
Community content is available under CC-BY-SA unless otherwise noted.