Fernio is the dragon of the Rao family. Her egg was one of those given to Kotsu Reigen as gifts from the Fangor Dragons' Clan. Kotsu had taken care of Fernio since she was an egg, but later gave her to the Rao family after she became a mate of Ginjo, so the two dragons could live together. She isn't the dragon of any one member of the family, but serves them all loyally.

Fernio is a beautiful blue female dragon. She is the second smallest, only bigger than the serpentine type dragon, Plater. She has the same traditional scaly armor and she has slight hues of purple and flecks of gold in her coloration as well.

Fernio is more mellow and calm than her male companions, due to female dragons naturally being more calm than males. Fernio is very intelligent and nurturing as a dragon. She protects her master's human family with the same passion as most do. Perhaps due to them both being female (as human-dragon relationships are stronger if the two are of the same gender), Fernio is especially loyal to and protective of Ria, the daughter of her mate's human. It is believed that she may see Goku's kids as part of her brood as Ginjo does.

Kotsu could not obtain a dragon for Ria's younger brother, Adrian. Fernio and Ginjo solved this by mating and producing a single child, the dragon Gijio. 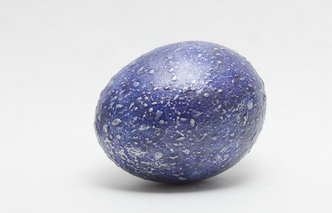 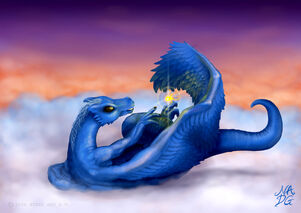 Fernio as a baby dragon
Add a photo to this gallery
Retrieved from "https://zcrushersstrikeforce.fandom.com/wiki/Fernio?oldid=18124"
Community content is available under CC-BY-SA unless otherwise noted.