Start a Wiki
Glaciel is a young female dragon and the first child produced by the partnership of Ginjo and Fernio, making her the older sister of Gijio. Her human partner is Ria Rao, the daughter of her father's human, Goku Rao.

Interestingly enough, Glaciel is a rare elemental dragon, born an ice dragon to her parents. The reasons for ice being her element may be that her parents conceived her somewhere where it was snowy, but she is rare in being the only ice dragon in the group. Glaciel is white, with frosty wings and black horns and claws. She is said to be about the size of an SUV, so still an adolescent dragon and smaller than many of her peers.

Glaciel's egg was bright blue and a bit frosty in appearance. Kotsu Reigen openly admired the egg's coloration when it was shown to him by Goku. As a baby dragon, Glaciel was light blue with touches of purple, but this color began to fade as she grew older and was entirely gone when she shed her old scales.

Glaciel is a calm and very relaxed dragon, not wishing to enter combat but fierce when she needs to be. She is more wise than her younger brother and is more eager to help out the grown dragons. 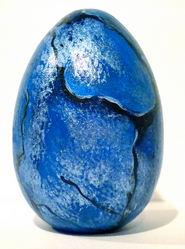 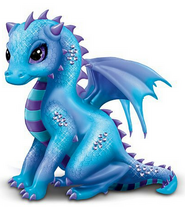 Glaciel as a young dragon
Add a photo to this gallery
Retrieved from "https://zcrushersstrikeforce.fandom.com/wiki/Glaciel?oldid=18132"
Community content is available under CC-BY-SA unless otherwise noted.