Gogito is the Potara Earring fusion of Gogeta and Vegito. He is Gogeta's incarnation. Gogito was created to combat the Unnamed Ultimate Evil.

The Saiyan Fusion was created to combat the Ultimate Unnamed evil that wrecks havoc in the universe. With both Vegito and Gogeta in Super Saiyan forms doing no damage to the monster, the two fusions powered up to SSJ4 levels. The monster stepped up the game to and brutally thrashed around the two fusions. Out of desperation, Elder Kai handed them the Potara Earrings, which they thankfully used to fuse the ultimate fusion, Gogito. After playing around with the monster, the Saiyan Fusion easily destroyed the monster by transforming into a Super Saiyan 7.

Gogeta and Vegito were brought to an alternative universe where a much stronger Broly was running amock, referred to by Inferno Broly who was a fusion between Bio-Broly and the original Broly. Gogeta and Vegito could only go a max of Super Saiyan 3, and they both working together were no match for Inferno Broly. When they fused they called themselves Gogito. They proved to be an equal match for him, when they went Super Saiyan they proved to easily over power him and defeated him. 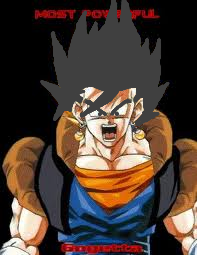 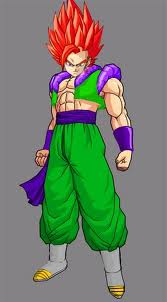 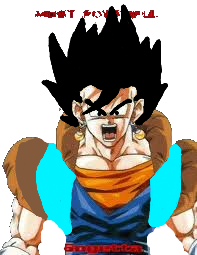 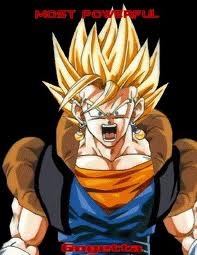 Add a photo to this gallery
Retrieved from "https://zcrushersstrikeforce.fandom.com/wiki/Gogito?oldid=16108"
Community content is available under CC-BY-SA unless otherwise noted.