Start a Wiki
Jakarys is Kotsu's dragon. It was when talking to Jakarys (unknowingly speaking the Language of Beasts) that Kotsu realizes his abilities to be able to speak the language of Beasts.

He shows loyalty to Kotsu. He also has healing powers.

On Kotsu's command, he will give Kotsu and his friends a ride.

Jakarys is capable of understanding Kotsu, and later on he and Kotsu mentally bond.

Jakarys is a great black dragon. He was red and black as an infant, but became predominantly black as a juvenile onward. He grows very large throughout his life, becoming a large dragon among most breeds, and superb in battle.

Kotsu found and protected Jakarys' egg from harm. He then went on to hatch Jakarys. Originally, infant Jakarys mistook Kotsu to be its mother and showed unconditional affection for him. As a juvenile, the young dragon had already realized that Kotsu was not his mother, but felt the same affection and desire to protect the boy that had once protected him. Jakarys usually listens to Kotsu's commands, but loses his cool when it seems that Kotsu is in danger.

Later on, in a moment of burning rage and using the Full Will of Might, Kotsu, while yelling the Beast word for "fire", actually manages to mentally bond with the dragon, allowing him to know of the dragon's own feelings and thoughts. 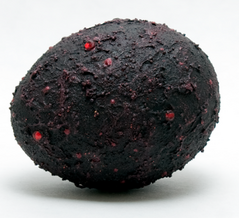 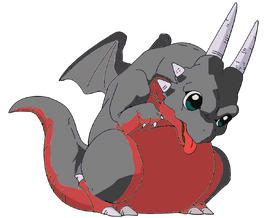 Newborn Jakarys
Add a photo to this gallery
Retrieved from "https://zcrushersstrikeforce.fandom.com/wiki/Jakarys?oldid=18143"
Community content is available under CC-BY-SA unless otherwise noted.