Start a Wiki
John is the son of Bulla and Steve. He is also the brother of Jill.

John was an adorable baby boy with light brown hair and blue eyes.

As a baby, John had an adorable personality, always being doted on by his mother. He also can detect evil for some reason, for example when he barfed on a guy who constantly flirts with Bulla, because he was trying to make moves on her. John also gets fussy time to time, especially when his grandfather, Vegeta, shows his grumpy face or when his father yells. John also hates the idea about getting a new sibling to add to the family.

John was born in West City's hospital; he's the son of Bulla and Steve. He mostly spends the time being doted on by his mother, but is paid little attention by his father,Steve, who never wanted to be a father. He also barfed on a guy who constantly flirts with Bulla (he can detect evil). He's also getting closer to his father and vise versa. His first word was "dad."

John spent his time as a student in Central City Elementary. He often loves spending time with his father, Steve and exercising. His favorite food was quesadillas which was once revealed at Mama Peppeh. John also played sports all his life trained by his father. John also becomes a gentleman thanks to his mother, yet he acts immature at times.

John now attends West City University like his sister to study science. He also plays basketball in their team. 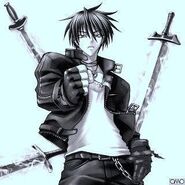 Prediction of what John will look like in the future 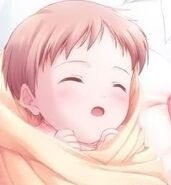 Baby John
Add a photo to this gallery
Retrieved from "https://zcrushersstrikeforce.fandom.com/wiki/John?oldid=16210"
Community content is available under CC-BY-SA unless otherwise noted.