Johnathan is an 19-year old British/Spanish/French sword master who carries the sword of Kurozunda. He is the normal version of Blaze without the demon inside of him. He is amazing at his sword techniques, and is considered one of the great Four Swordsmen of the Dragon (In Order: Kurozunda, Kennohason, Shirosutoraiku, and Toranoken). He is especially skilled at melee; and tends to defeat anyone with powers without his sword. He also has the ability to fuse with his demon counterpart Blaze to become Tenka; but if the fusion is corrupted, they become Oni Jonasan, and if Blaze fuses with Katharó Paladin, then they become Kento Akuma.

When Johnathan becomes one with his sword, his hair becomes white, his eye becomes black-white, he attains a black-white gi, and he grows a hollow piercing horn in his hair. He is universally, naturally, and physically aligned with the universe, and the spirit universe. Therefore, he cannot die, as he is living, and dead. 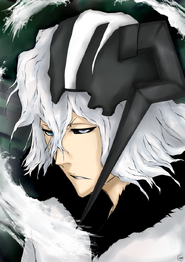 Johnny, after fusing with Kurozunda. 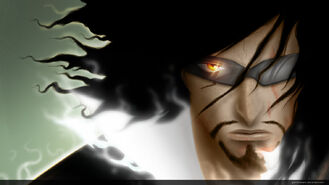 Johnny's father.
Add a photo to this gallery
Retrieved from "https://zcrushersstrikeforce.fandom.com/wiki/Johnathan?oldid=17004"
Community content is available under CC-BY-SA unless otherwise noted.