Koichi is the first born son of Goten Sato. He is the godson of both Kotsu Reigen and Goku Rao.

Koichi, unlike his father, has black hair. He also has brown eyes. Koichi is first shown at the age of one. After the timeskip, Koichi is seven years old.

Koichi is a very cheerful individual whom always seems to be in a happy mood. Although he is young, he often questions the wonders of life and attains an impressive intellect. As a baby, Koichi had taken a very long time to begin speaking, due to his timid nature.

Enhanced Intelligence : Koichi, since he was a toddler, has shown remarkable intellectual growth. This allows him to evaluate situations quickly, while devising solutions.

Enhanced Spiritual Energy : Koichi has inherited the trait of attaining high spiritual energy. This is due to his father's possession of it. 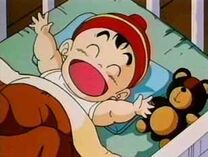 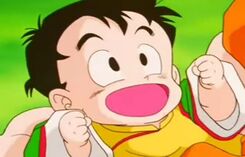 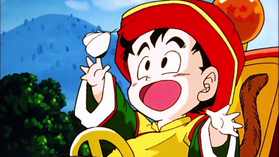 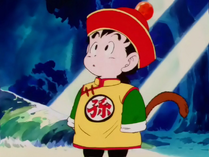 Koichi, curious
Add a photo to this gallery
Retrieved from "https://zcrushersstrikeforce.fandom.com/wiki/Koichi_Sato?oldid=18163"
Community content is available under CC-BY-SA unless otherwise noted.