LT Tiernan is one of the secondary protagonists of I'm Just Saiyan. He is one of the Saiyans that survived Frieza's attempt to eradicate the Saiyan race. He is also the best friend of Ted Reigen.

LT has lavender colored hair and blue eyes. He has tanner skin and is more muscular than Ted. He is also slightly taller, but of fairly average height for his age.

LT is brave, bold and headstrong. Very straightforward, he comes off sometimes as being almost sarcastic, satirical and smart-alecky. He has been known to brag, but is not unlikable. He has a penchant for getting in trouble and doing whatever it is adults have specifically told him to not do.

LT's Saiyan space pod crash-landed out in the plains, where Ace Tiernan and his wife Daisy found him. They asked Roshai if they could keep the boy as their son, to which Roshai allowed. LT was spoiled as a child, and loved the attention he got from both parents.

LT was present with King at the arrival of Ted Reigen, who would later become his best friend. He was jealous when his mother took care of Ted, but was satisfied with his father's attention and was later put down for a nap. 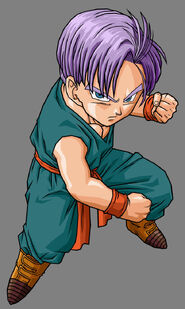 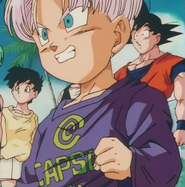 LT, at the Youth Tag-Team Tournament. 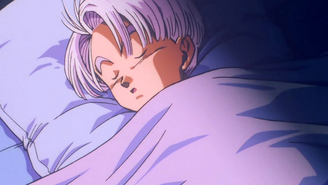 LT, pretending to be asleep at Vegito's house during the Namek planning. 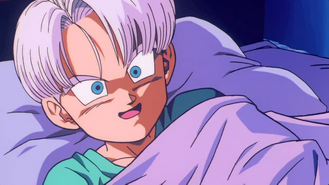 LT, preparing to sneak out of Vegito's house with Ted for the Namek planning.
Add a photo to this gallery
Retrieved from "https://zcrushersstrikeforce.fandom.com/wiki/LT_Tiernan?oldid=13378"
Community content is available under CC-BY-SA unless otherwise noted.