Miricle (ミラクル Kiseki) is a human 19 year old girl from Earth. She is the main roleplay character of Miricle1778. She, however, does not know about her family.

When Miricle was a young girl, she had long pinkish hair with two pigtails on the side. When she was a little girl, she wore a blue/white dress with a pink short sleeved sweater to go with it. By the time she got older, her hair got darker and it got short to her shoulders, which turned into a magenta-purple color and sea green-colored eyes.

She wears a school uniform, consisting of a white polo shirt under a sandy brown blazer and a short black pleated skirt. When she went to the all girl's school, she had a new uniform. The uniform has a blue collar and skirt and black thigh-highs. She wears a headband which has a yellow/green ribbon dangling on the right side. At random points she wears a white beret just for fashion or for no reason at all.

When Miricle was a young girl, she was always happy and cheerful. She loved to play and have fun. She was a very fun girl to be with. Miricle was also very helpful and a good childhood friend with her friends. By the time Miricle was in her early teens, she was a little more mature. Still a little crazy but she was mature at some points. When she was 19, she became a little childish, but she can be mature at somepoints. Miricle has a tendency to be random at some points, although she is a very nice girl to be with. She is a helpful girl to be with and she is always there for her friends. She is also a smart girl.

Miricle was born wealthy rich class family in Central City. She lived with her mom and 2 younger cousins and older cousin. She  never met her dad, but she has seen pictures of him by her mom. Her cousins lived with her because she was alone and always played and talked to herself, or to her "imaginary" friend (which was actually a ghost). Her cousins were like her younger and older siblings to her that she never had. She went to elementary school when she was in Kindergarten through 5th grade. In Kindergarten, Miricle met Steve. Steve was actually

4th grade, Miricle met Koakuma. Miricle thought that Koakuma was a cool girl, but she never talked to her though. When she did, Kuma wouldn't leave Miricle alone and kept talking to her for 5 minutes. Kuma and Miricle became best friends until then. When Miricle went to the 5th grade, she met Bulla. Bulla and Miricle became best friends quick. Miricle, Bulla and Kuma began to all hang out together. They all went to Miricle's house and all started to spend the night together. Miricle's youngest cousin used to have a crush on Bulla. Miricle's younger and oldest cousin thought that Kuma was cool.

Miricle, Bulla and Kuma hung out together, they were like sisters. Miricle, Kuma and Bulla were friends and they always had each other's backs. Miricle soon forgot her friend Steve, her best friend since Kindergarten. Miricle started to wonder where he was. When she found out that he random away, she was so upset knowing that her best friend she knew was gone. She thought that it wouldn't get worst. She didn't want to leave her friends, or forget about them, like what she did with Steve. Worst mistake she ever made.

When Miricle was in 7th grade, she got a note from her teacher. Since her grades were so high, she was invited to join an all girls boarding school. She didn't want to go because she didn't want to leave her friends.

But she had no choice but to go anyways. When she was in 8th grade, on her way to Hokkaido Academy, all of she could think about was her friends back in Central City. She wondered what her friends will do when she's gone. Will she ever see them again? Will they be mad at her? Will they leave her? All of these thoughts. When she reached Hokkaido Academy, it was a pretty huge school, full of girls. She didn't like it because it was a little girly for her. She thought that Hokkaido Academy was a boarding school for snobby girls.

When Miricle joined her first class, she made a new friend named Tali. Tali was just like Miricle. Except, Tali lived with her dad and only him, while Miricle lived with her mom and 3 cousins. Just like Miricle, Tali also had no choice  but to leave her friends back at her old school. Tali and Miricle became close friends. They were like sisters, like how Miricle was with her best friends back in Central City, Bulla and Kuma. Tali and Miricle became best friends and they still are best friends currently. Same with Bulla and Kuma. By the time Miricle graduated from Hokkaido Academy, she finally reunited with Bulla and Kuma, she then on spend her college with her 2 best friends.

(Although, she never uses her powers, except her healing and flying.)

"If you prefer, I'll slit your throat with my other knife"

"Take my hand and lets run!"

"You're in big trouble mister!"

"Make your choice and make it quick, either build a real heart, or get out of my way quick." 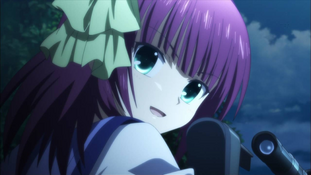 Miricle about to shoot 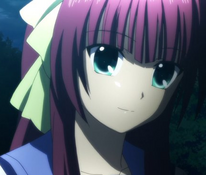 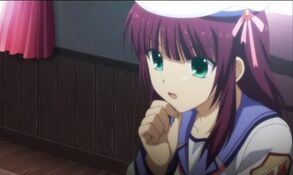 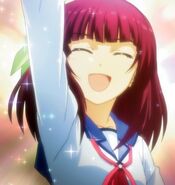 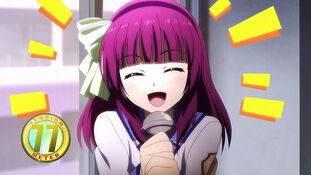 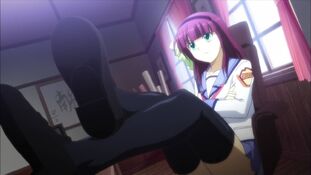 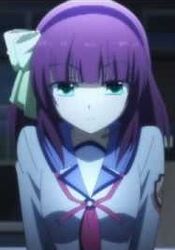 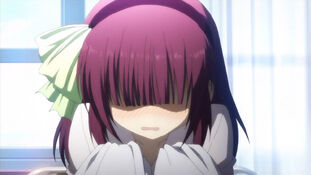 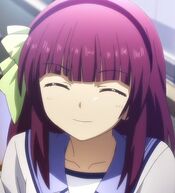 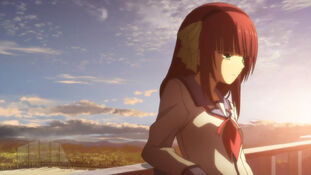 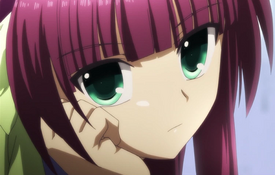 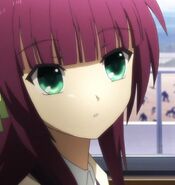 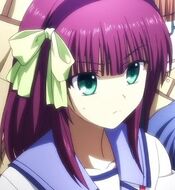 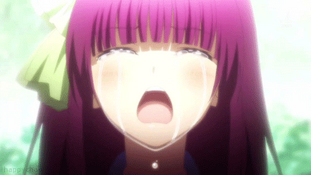 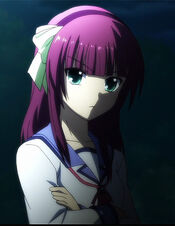 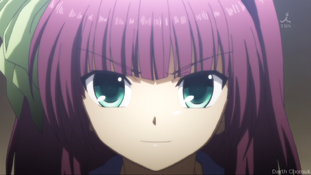 Add a photo to this gallery
Retrieved from "https://zcrushersstrikeforce.fandom.com/wiki/Miricle?oldid=17261"
Community content is available under CC-BY-SA unless otherwise noted.