Nettlebrand is a great golden dragon. His egg was found by Taiza Reigen, who he chose to take on as a master. Nettlebrand is one of the three dragons found by the three older sons of Kotsu Reigen. As such, Nettlebrand's kinship is especially strong with fellow dragons Quicksilver and Avi.

Nettlebrand is a large golden colored male dragon. He has large wings, horns, sharp talons and golden scales as tough as armor.

Nettlebrand seems to be somewhat arrogant but also very passionate about fighting. He seems to share Taiza's occasional disregard for rules, and both also occasionally ignore orders. 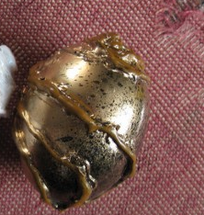 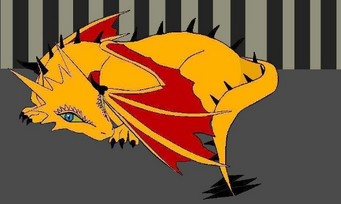 Nettlebrand, as a newborn.
Add a photo to this gallery
Retrieved from "https://zcrushersstrikeforce.fandom.com/wiki/Nettlebrand?oldid=18202"
Community content is available under CC-BY-SA unless otherwise noted.