Quicksilver is a large silver dragon and the dragon who hatched from the egg that Jaikob Reigen took care of when the three elder sons of Kotsu Reigen found dragon eggs. As such, Quicksilver has taken on Jay-B as his master. He is one of a trio, so naturally he is closest to the two members of his dragon trio, Nettlebrand and Avi.

Quicksilver is a large silver dragon, only slightly smaller than Nettlebrand. Quicksilver has slight traces of gold on him, but is largely silver. His silver scales form a protective armor around his body.

Like how Jay-B is to Taiza, Quicksilver is a much more logical and level-headed dragon than his companion, Nettlebrand. Quicksilver values knowledge and loyalty most of all, and he also serves as a personal guard to his shy Saiyan master. 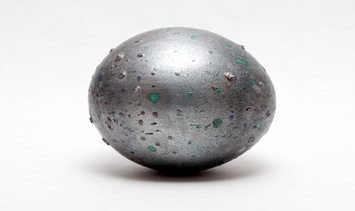 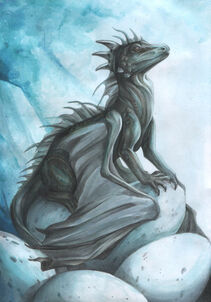 Quicksilver, as a newborn
Add a photo to this gallery
Retrieved from "https://zcrushersstrikeforce.fandom.com/wiki/Quicksilver?oldid=18180"
Community content is available under CC-BY-SA unless otherwise noted.