Roy is a boy of diminutive stature, with thick brown hair and brown eyes. He is curiously always the same height and weight as his twin brother, though no one can understand how.

Roy is very intelligent for his age; a young prodigy in the making. However, his father's mischievous streak was passed down to him, he is often playing the role of being the troublemaker amongst the twins. Roy is also hotheaded and fiery, which is a cause of comical arguments between himself and others. He is brave, to the point of being reckless. He is also somewhat arrogant and rather cocky. Despite these traits however, Roy is a very loyal and steadfast companion and still a very likable boy. Roy is also very active and enjoys playing sports. Roy can occasionally be rude, sometimes without intending to be, and his father describes this trait as him simply being "very straightforward."

Randy was born the slightly younger of a set of fraternal twins, just six minutes after his twin brother Roy was. As infants, the two were quite difficult to look after, as they both got into just about everything. Kotsu often enlisted the aid of his older sons in helping him watch the adventurous pair. For this, they were often dubbed the "twin tornadoes" or described as being like living cannonballs.

Roy spent most of his toddler years playing with his twin brother, Randy. The two of them were inseparable and Roy was attributed towards both boys' reluctance to speak English until they were almost two. As soon as they started to speak, Roy revealed his painfully straightforward nature, a contrast to his brother Randy, who used cuteness to manipulate others.

Roy and Randy were both only five years old when the Alscheims, led by Esvel, were due to arrive on Earth to kickstart their invasion as revenge for the Innes-Alscheim War that had occurred hundreds of years prior. The embittered Alscheim forces returned to reclaim Earth from Innes control. Creed had warned Roy's father of the bloodthirsty and destructive nature of the Alscheims and their shared distaste for the Alscheims allowed the two to finally join forces to prevent the Alscheims from taking Earth.

One night as Randy and Roy slept, Kotsu sent messages via Jakarys to the Z-Crushers around the world, asking for them to meet at the Reigen Stronghold. Roy and Randy were oblivious to the nature of the meeting and believed it was a simple family reunion, spending the duration of it playing with the other children and their younger brothers. When the plan came out to the kids, Roy openly argued with his father about not being allowed to participate.

Roy was almost not allowed to particpate at the Battle of Varden Plateau, the first notable entry in the war. It was then that his older brother Yoshi proposed that the children be allowed to participate, riding safely on the backs of the dragons in an aerial assault. The Z-Crushers liked this idea and established the Z-Crushers Strike Force, which would be headed by the then-eleven year old Jay-B. Roy and Randy were openly excited about their participation in the upcoming battle.

On the morning of the Battle of Varden Plateau, the Z-Crushers Strike Force split from the Z-Crushers at Bear-Paw Mountain, setting up base in a roomy cave they called "Grizzly Cave". There, they ran through drills until Yoshi received the telepathic transmission from Kotsu. Roy and Randy were assigned to ride Taiza's dragon - Nettlebrand - into the strike. The strike force then flew the dragons high over the assembling armies in formation, hidden by a cover of cloud. When the battle began, the Strike Force dive-bombed down on the enemy and wreaked havoc with the dragons, killing 11th Captain Tisir Dalol, 2nd Assistant Imu Sumer, and 3rd Assistant Echar Ingban. The twins both were enthusiastic about the battle

This excited the twins very much, as they both desired to get in on the action and help their father defeat the Alscheims. The twins rode together on Taiza's dragon, Nettlebrand during the attack. The strike force killed dozens of soldier Alscheims and killed three upper-ranking ones; 11th Captain Tisir Dalol, 2nd Assistant Imu Sumer, and 3rd Assistant Echar Ingban. The two of them seemed to show great enthusiasm during the battle as Nettlebrand joined the other dragons in on the attack.

Roy and his brother did not leave Nettlebrand until the battle was over, under orders of both Jay-B and their father. Nettlebrand removed them from the battlefield towards the back half of the conflict and brought them to Bear-Claw Cave, where Yoshimitsu and Jay-B had the younger members of the strike force take a nap while the older ones waited for news. After the battle's end, Roy often recounted the whole experience with great gusto.

After this incident, Yoshi suggested the twins be taught how to use Schattenmacht, for the very reason that the technique could have easily saved their lives, had they left Nettlebrand and been surrounded by soldiers. Kotsu began to seriously consider this suggestion, knowing that Esvel's war was not yet over and that he would need to teach his children to protect themselves for the next battle. to their father.

Roy's theme song is "Rosenrot" by Rammstein. He shares the theme song with Randy to show their unity as twins. 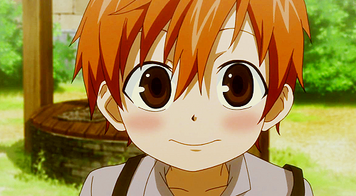 Roy Reigen as a toddler 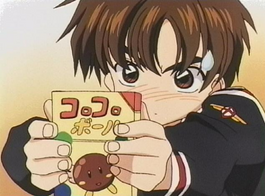 Roy Reigen, after the timeskip. 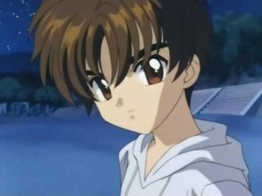 Roy, on a "mission" with Randy. 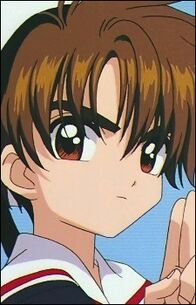 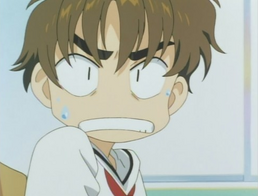 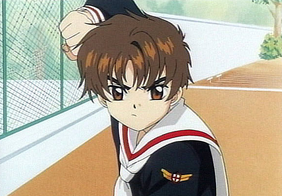 Roy, about to punch some kid out
Add a photo to this gallery
Retrieved from "https://zcrushersstrikeforce.fandom.com/wiki/Roy_Reigen?oldid=18201"
Community content is available under CC-BY-SA unless otherwise noted.